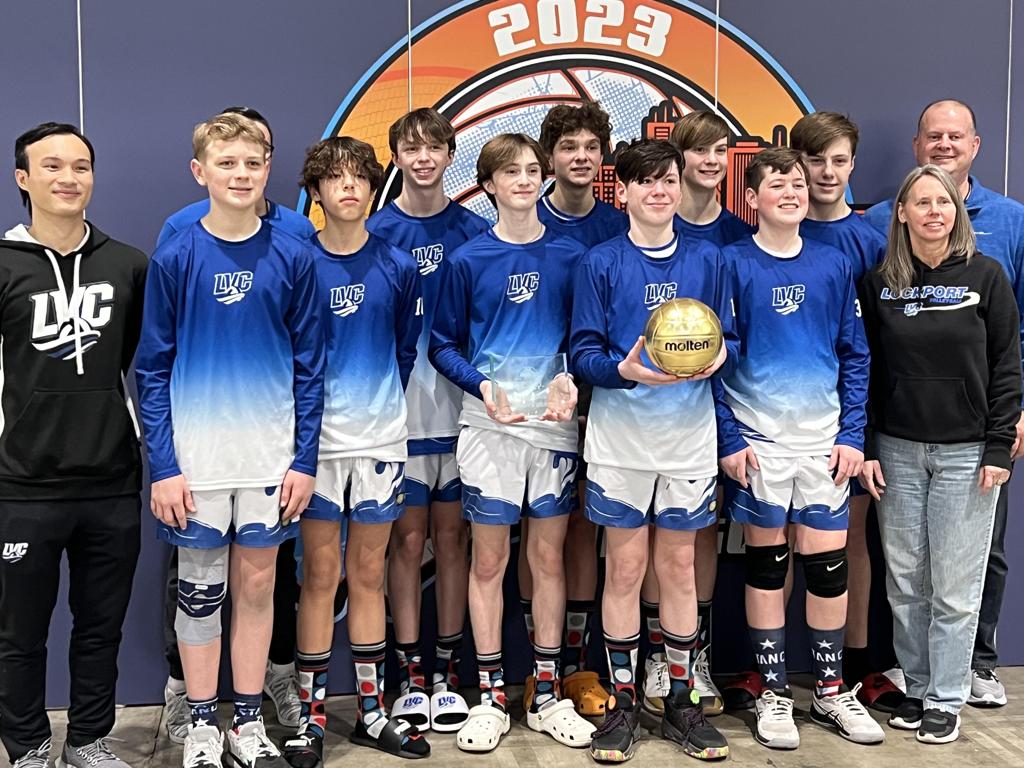 The 16Black squad was just a few rallies short of a championship this past weekend in Pittsburgh.  Tied at 12 in the third set of the gold finals, the boys fell just short against their Pace 16Black rivals from Rochester.  Earlier in the day, this team was on the ropes in the third set of their pre-quarter and rallied from a 12-7 deficit to win in exciting fashion!

14Black also continued their winning ways and were crowned champs in the 14U division in a hard fought final against the top Phoenix 14s squad from Cleveland.

17Black & 18Black had gold bracket finishes as well placing 7th and 11th respectively.  All in all, it was a solid weekend for LVC...let's keep up the strong play at our next event on March 5th at SUNY Brockport as we all compete in the Hot Shots Cool Daze tournament.  Great job everyone!

Congrats to the LVC 14Black squad for winning the Boys Winter Volleyball Championships in Chicago this past weekend!  The boys finished with a perfect 8-0 record and beat a tough Kansas City squad in the finals (15-12 in the third set).  16Black also had a great tournament by placing 3rd out of 31 teams in their age group.  The LVC 18Black team also made the gold bracket and finished 9th out of 41 teams & 17Black placed 26th out of 36.  Great job to everyone!

Lockport Volleyball Club had a strong showing at the CanAm National Qualifier in Rochester, NY this past weekend.  The 14Black squad won their division with a perfect 8-0 record.  16Black went 7-1 and placed second while 17Black finished 9th and 18Black ended up sixth.  Great job everyone!  These four teams will be competing in the Boys Winter Volleyball Championships in Chicago this weekend so good luck and safe travels!